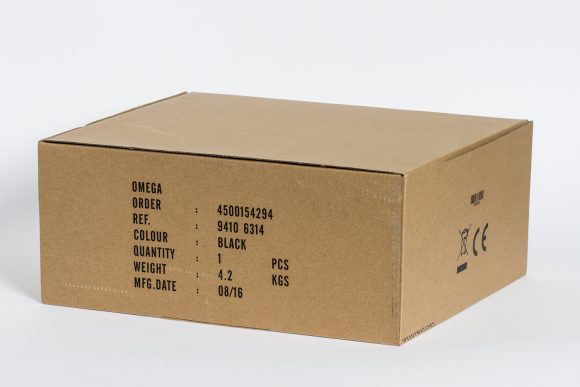 The Speedmaster Professional is delivered to your AD in cardboard box 9410.6341, which keeps the outer box from being damaged. I wouldn’t be surprised though if your AD threw it out – I just included it in this list for the sake of it. 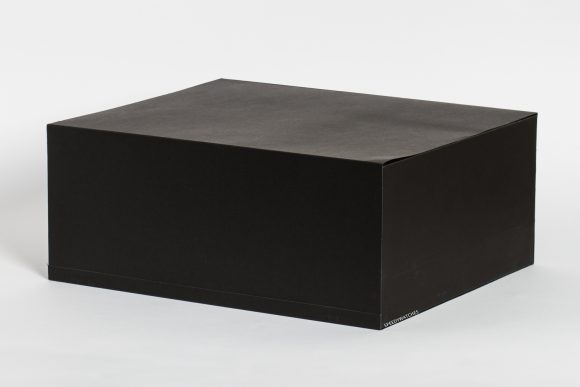 The real party starts with the outer box, which is shielded by a black sleeve. Upon removing the sleeve the first hint of the contents is given by a Speedmaster medal – the first of three. 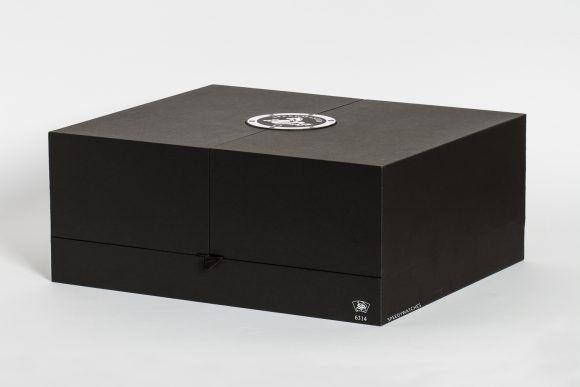 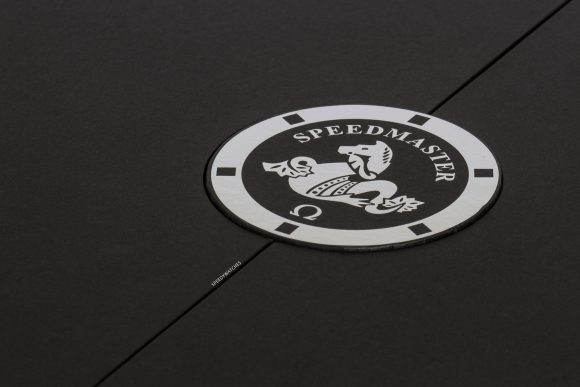 The outer box opens up to reveal the proper box with another Speedmaster medal, now in stainless steel. Below this box is a small room for two booklets, while behind it are compartments for the warranty card and red Omega instruction manual. 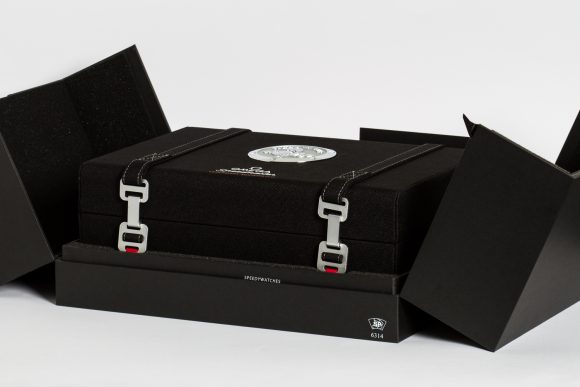 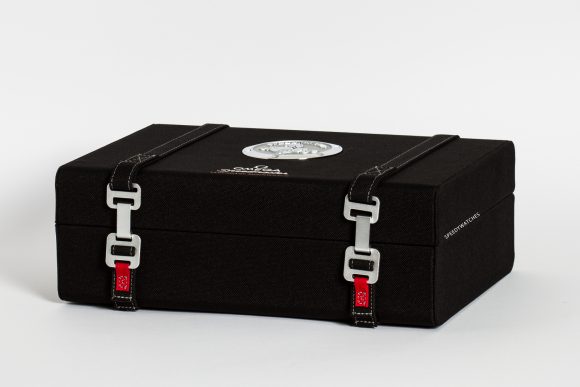 The box itself is a work of art and a big change from the simple red boxes of days gone by. The outer material is some kind of high tech cloth, and it is closed by means of two hooks. 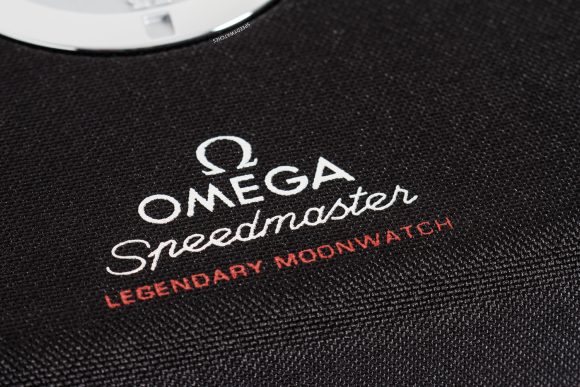 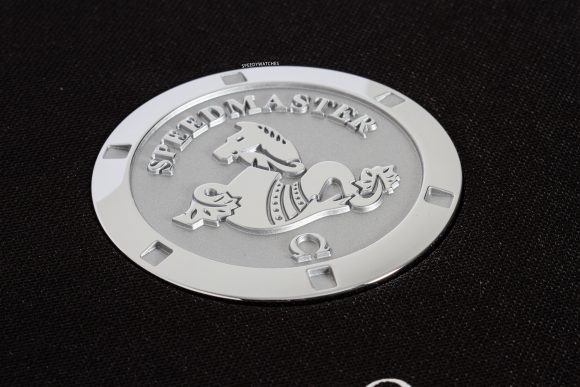 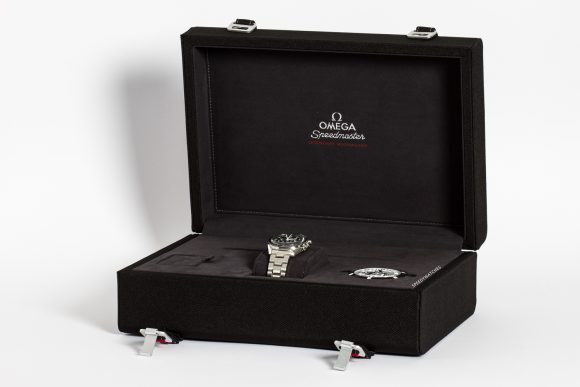 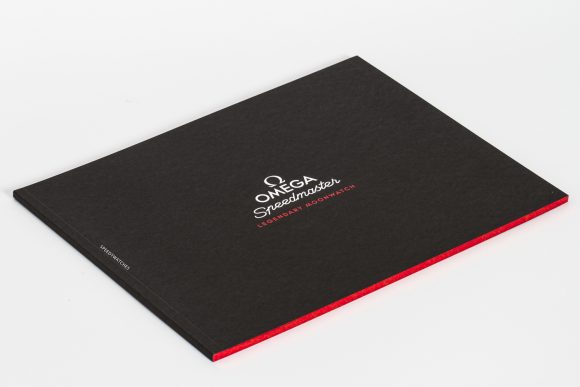 There’s a total of three booklets that come with the Omega Speedmaster Professional. First is Legendary Moonwatch (reference 03090050M), which tells the story of the use of Omega in space through some cool NASA images. 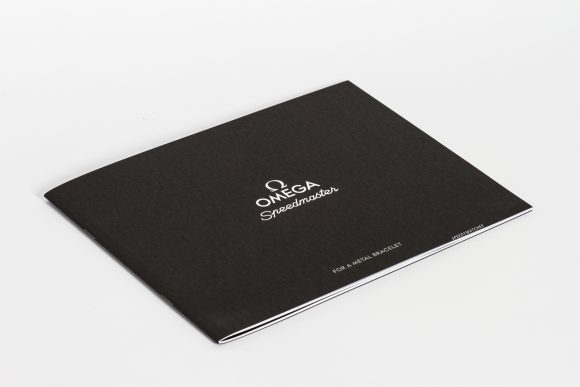 Next up is the Strap Changing booklet (reference 03090967M) , which holds instructions on how to exchange the bracelet in favor of one of the other straps included in the package. Though the one pictured says For Metal Bracelet there is no separate version for the alligator-strapped Speedmasters – just flip the booklet and you’ll be good to go. 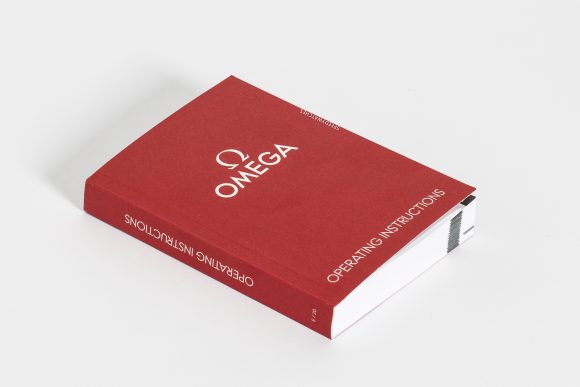 Last but not least is Omega’s famous Operating Instructions, which comes with every single one of their watches. 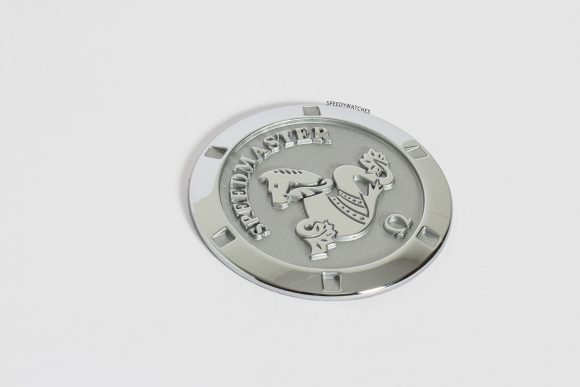 The coin in the box (reference 122STZ002408) measures about 60mm. It is a loose interpretation of early Speedmaster case backs. 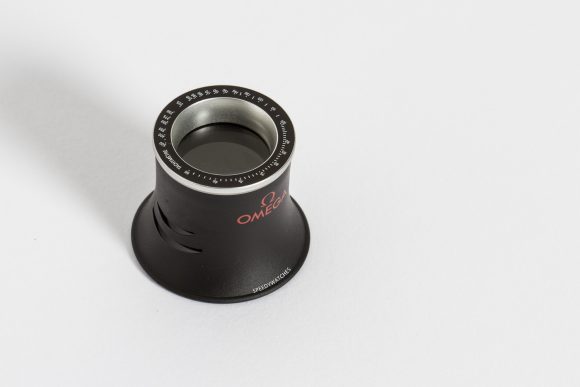 The loupe that comes with the Speedmaster Professional (reference 514W000643) has a cool custom touch: a tachymeter scale. 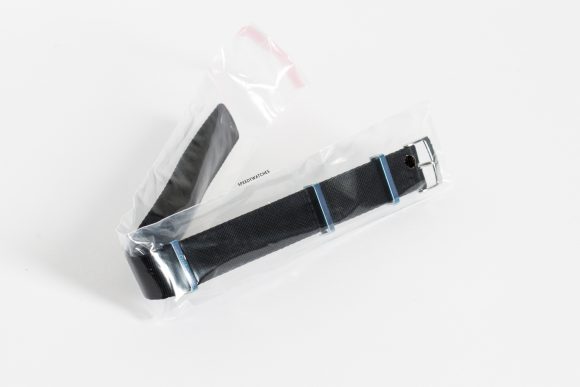 The first of two straps included in the package is a black 20mm NATO strap (reference 032ZSZ002084). 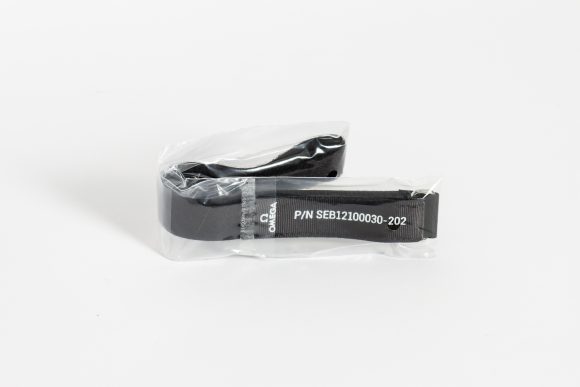 In addition the Speedmaster Professional also comes with a Velcro strap inspired by the straps used by NASA. Early ones are ref. 032CWZ002407, while the current strap is ref. 032CWZ007442. 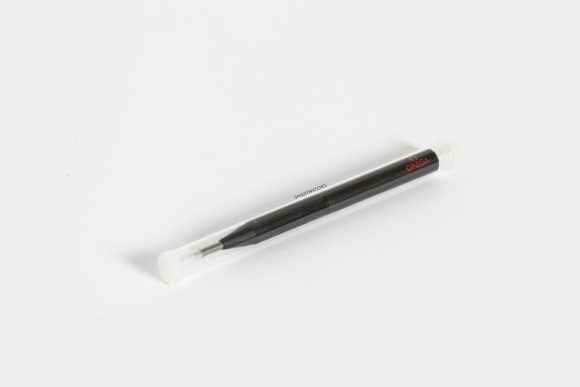 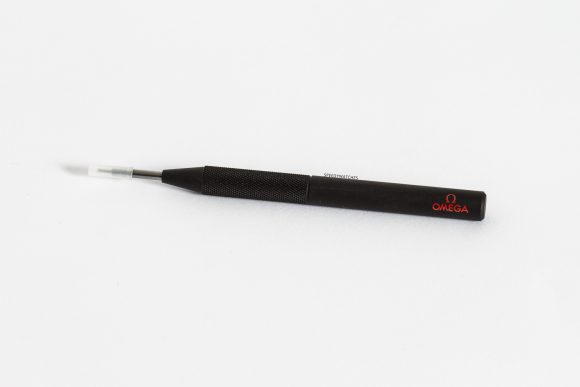 Also included is a tool to help with strap changes (reference 5130131). 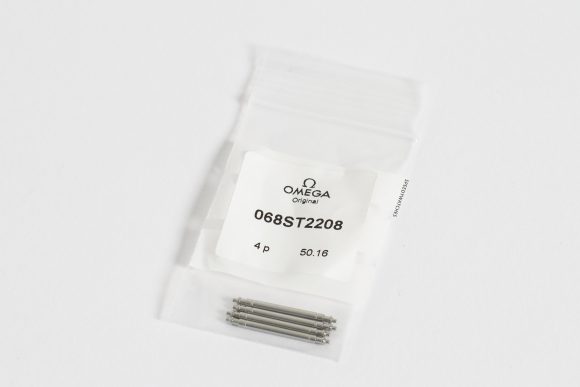 The final item to be included is a set of four push pins (reference 068ST2208), which can come in handy in case you loose one while changing straps- and that happened to the best of us.

The classic Speedmaster Professional Moonwatch is currently available in the following four references;