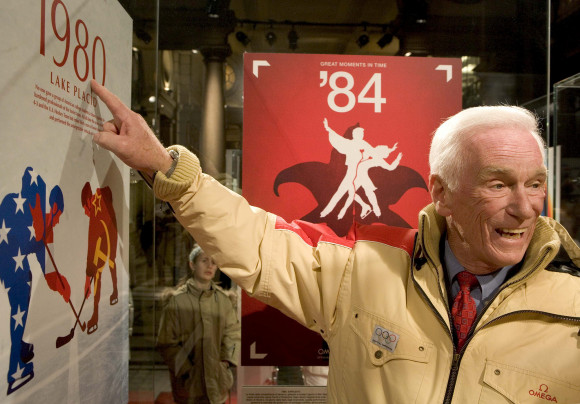 Former NASA Astronaut Gene Cernan, the last man on the moon, took a leisurely morning walk through Turin as a guest of OMEGA, Official Timekeeper of the Torino 2006 Olympic Winter Games. Following a visit to the Olympic Games Exhibition in the Galleria San Federico at the OMEGA Pavilion, Mr. Cernan commented on the similarities between the achievement of athletes who train for years and overcome enormous obstacles to reach the Olympic Games with the Apollo 17 mission to the moon, which he described as “my own Olympic Games.”  The similarity was also evident, he said, “in the athletes’ desire to share an exceptional achievement with their fans and fellow countrymen and with the team that made their performance  possible.” 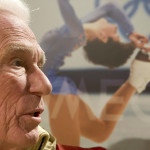 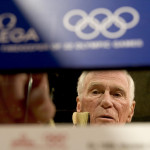 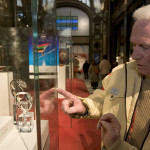 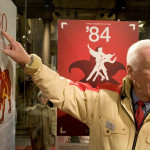 Reflecting on the progress of technology and science in sports timekeeping, Gene Cernan recalled that when he was a boy, sports events were timed using stopwatches, which still permitted human error, but that today’s timekeeping systems had virtually eliminated the possibility for human errors to impact the results. Mr. Cernan wore an OMEGA Speedmaster on his missions into space and walks on the moon, and appreciates the value of precision timekeeping in sports and space.

Later the same day Mr. Cernan returned to the OMEGA Pavilion, where he boarded the OMEGA bobsleigh for a photo session and met with guests of OMEGA and local VIPS in the OMEGA Lounge.

Gene Cernan’s first voyage into space was on the Gemini 9 mission, launched on June 3, 1966, during which he made a record 2 hour 10 minutes space walk. He flew again to the moon in May of 1969 and returned as commander of the Apollo 17 mission, when he spent over 22 hours walking on the moon and explored 21 miles of the moon’s surface.

The choice of OMEGA to supply the most accurate and reliable timekeeping equipment was first made by the International Olympic Committee in 1932. Seventy-four years later, the world’s top athletes again look to OMEGA for comprehensive competition results. OMEGA also serves as Official Timekeeper to the Paralympic Games, and will represent The Swatch Group as the designated Official Timekeeper at the Beijing 2008 Olympic Games and the Vancouver 2010 Olympic Winter Games.

Visitors to the Torino 2006 Olympic Winter Games are invited to visit the OMEGA PAVILION at the Galleria San Federico, Via Roma 54, Turin, Italy.