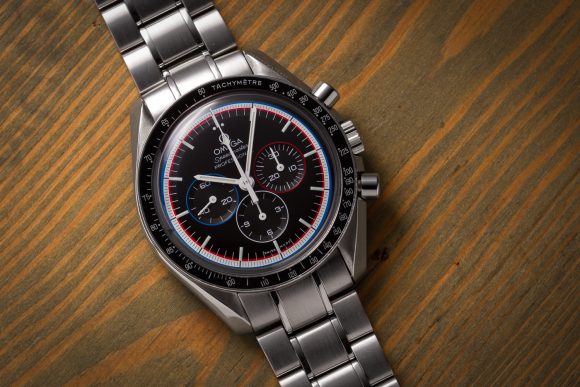 The Omega Speedmaster Professional Apollo 15 40th Anniversary is a limited edition of 1971 pieces. It was introduced in 2011 in celebration of the 15th anniversary of the Apollo 15, which was the fourth of NASA’s six missions to land on the Moon – and the first in which the Lunar Rover was used. 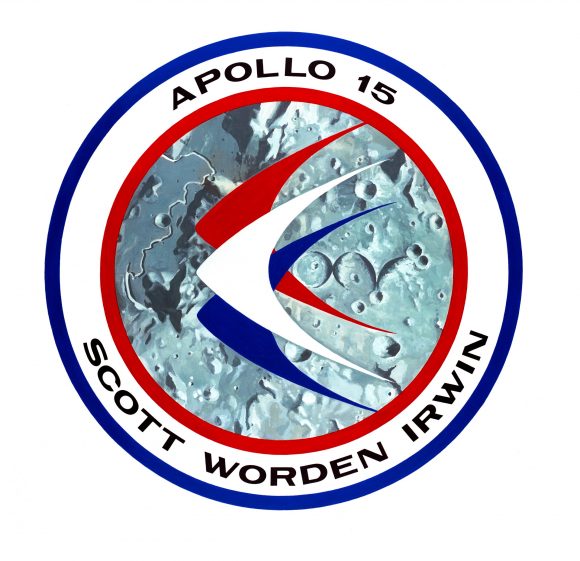 The Omega Speedmaster Apollo 15 sports a couple of cool features that hint to the 1971 mission. The dial is inspired by the official insignia and sports a minute track in blue-white-red. In addition there’s  a blue ring around the small seconds subdial at 9:00, and white and red rings around the 12-hour and 30-minute counters respectively. It’s quite subtle, yet it does stand out just enough. 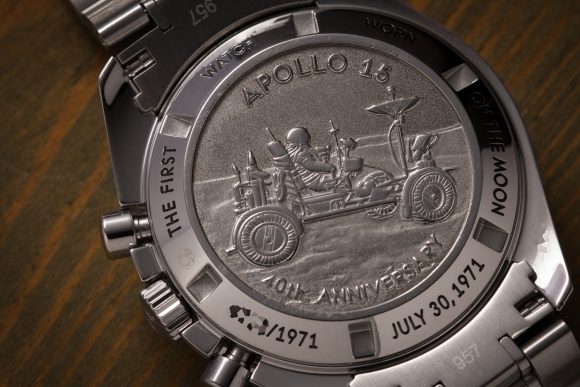 The case back could very well be the main attraction of this Speedy. It’s embossed with an image of the Lunar Rover and the words “APOLLO 15” and “40th ANNIVERSARY”. The outer edge is engraved with “THE FIRST WATCH WORN ON THE MOON”, “JULY 30, 1971” and the limited edition number. Look at it – isn’t it spectacular? 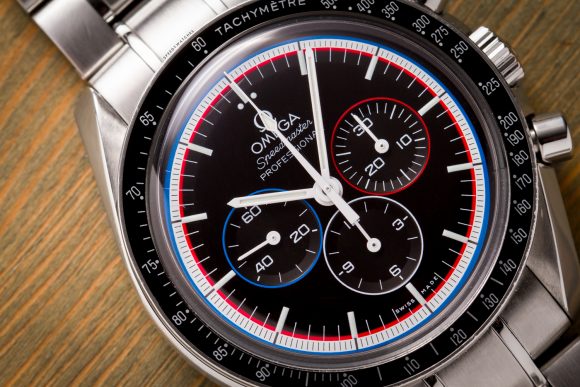 The watch in these pictures is owned by Alon Ben Joseph, CEO of Ace Jewelers. ‘I’ve been using a picture of the Apollo 15 as my desktop background ever since we first got to shoot it in the Ace Photo Studio. At the time of release it didn’t feel right to buy one of these limited editions for myself, as it would mean that one of our clients would not be able to have it. When one was recently offered as part of a trade at one of our boutiques it felt like a second chance, and I was finally able to scratch my itch for this beauty’ said Alon after I took it from his wrist for this shoot. ‘With it’s red, white and blue colors it’s a must-have for every Dutch Speedmaster collector’ he added with a smile 🙂 .

The watch in these pictures is NOT for sale.