OMEGA SPEEDMASTER 50: From A Spacewalk To Today, a thematic auction comprising 50 lots in honor of the anniversary of the Gemini IV spacewalk by astronaut Edward White in 1965 when he famously wore an OMEGA Speedmaster. 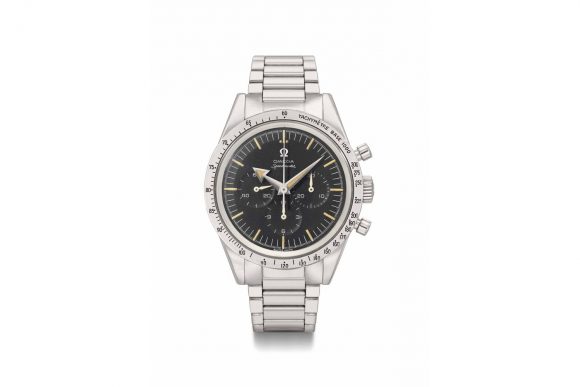 Upon its introduction in 1957, the Speedmaster defined a new watch category: the sports chronograph. After rigorous testing, NASA designated the Speedmaster as flight-qualified for use by astronauts and thanks to its important role in space missions the Speedmaster became one of the most recognizable and desirable watches in the world.

OMEGA SPEEDMASTER 50 celebrates the diversity of the Speedmaster and includes the earliest references from the 1950s and 1960s, more radical design approaches from the 1970s and 1980s, prototype “ALASKA Project” watches, limited editions celebrating space missions and the Olympic Games, and, appropriately, watches that have flown and been used in space. How fitting, then, that a watch that is so much a part of American history will have a thematic auction in New York, the first thematic auction for Christie’s Watch Department in the United States and the first auction ever dedicated to the Speedmaster