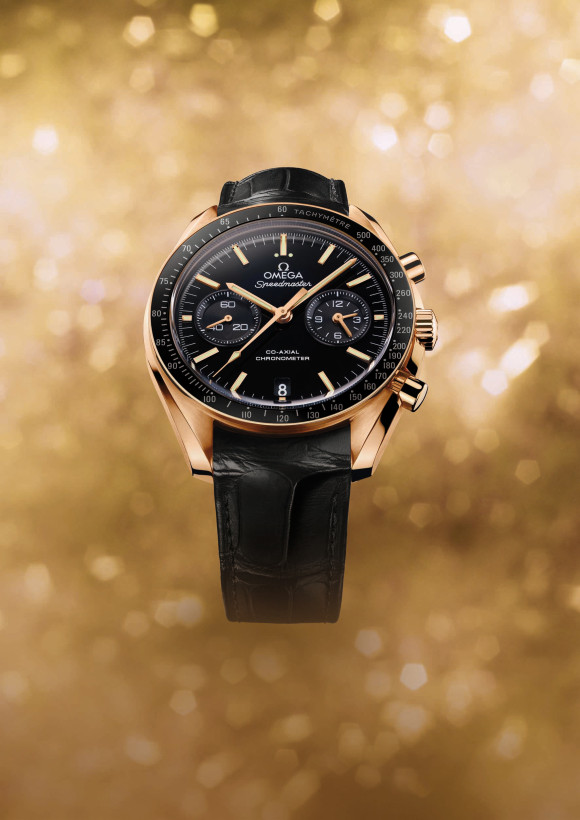 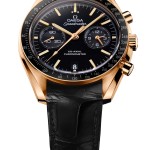 This Christmas, an innovative new member of the family is being introduced, equipped with the OMEGA Co-Axial caliber 9301 – the Speedmaster OMEGA Co-Axial Chronograph. While it shares some core elements with the original Speedmaster Professional – the black dial, the Moonwatch-style hands and the familiar tachymeter on the bezel – it also has some distinguishing features that will attract an even wider audience to the world’s favourite chronograph.

The remaining 1.02% is divided evenly between platinum and silver. The platinum enhances both the hardness of the material and the value of the precious metal. The fact that platinum doesn’t oxidise acts to stabilize the red colour.

The Speedmaster OMEGA Co-Axial Chronograph has a black enamel dial with 18 Ct orange gold transferred elements and hands. It is offered on a black leather strap.

The Speedmaster OMEGA Co-Axial Chronograph is a welcome addition to the great Speedmaster family. With its 18 Ct orange gold case, its innovative movement and its legendary family name, it will find an enthusiastic following among Speedmaster fans who want to combine the impressive legacy of an iconic chronograph with the best series-produced mechanical watch movement in the world.