OMEGA hosts a magnificent exhibition and dinner in the Swedish capital, to celebrate the 60th anniversary of the Speedmaster. 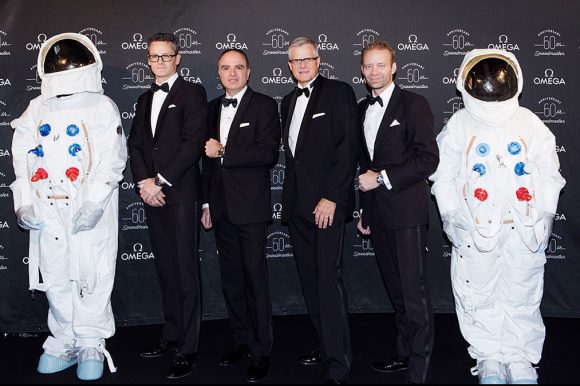 To celebrate Speedmaster’s six-decade long adventure, VIP’s and media were invited to take a journey through space at Bukowskis, a prominent Stockholm auction house, specially transformed for the occasion.

On display were 60 iconic models from 1957 to the present day, all of which played a key role in the Speedmaster’s extraordinary legacy. 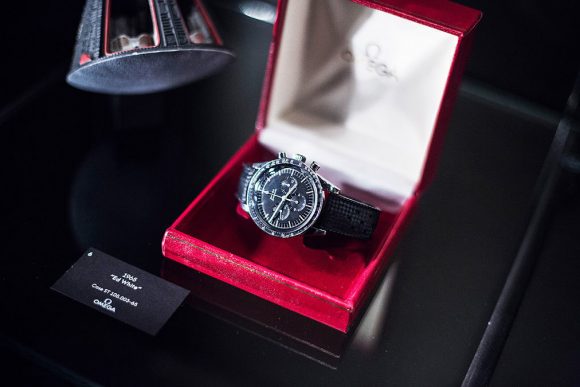 Originally designed with racing car drivers in mind, the Speedmaster was destined for greater things. The first watch to feature a tachymeter scale on the bezel as opposed to the dial, it would go to become an absolute design classic and win over the hearts of countless watch fans all over the world, including pilots, explorers, athletes, celebrities and of course – astronauts. 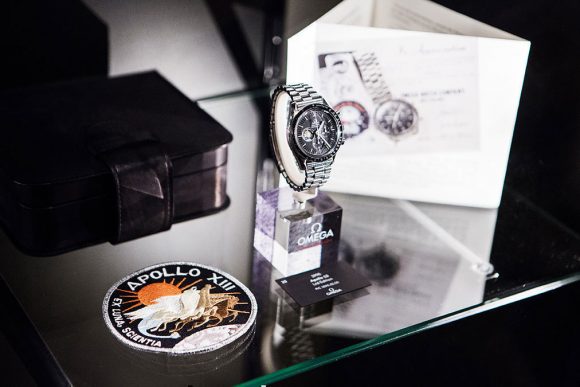 Astronauts of a more theatrical kind made an appearance at the special event in Stockholm. Though not the genuine article, they did provide fun photo opportunities for those attending.

Great food and entertainment was also part of the celebration. Along with an exquisite three-course menu signed by star-chef Björn Franzén, guests enjoyed live music by songwriter and artist Niklas Lind.