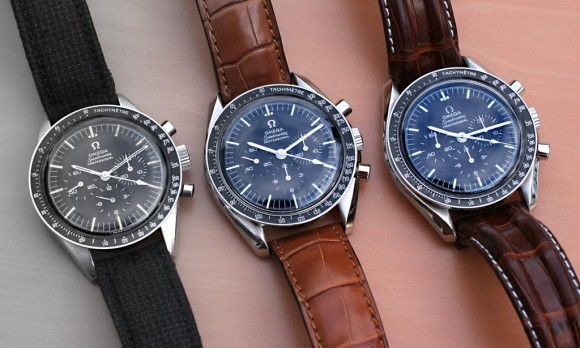 Such an iconic picture – three generations of Omega Speedmaster with many similarities, though notable differences.

The 105.002 is a somewhat later example, already featuring the Professional moniker, though still being cased in the so-called straight-lug variation and powered by the superb caliber 321. The 145.012 has the newer style case, but still many old-style feats, like the applied Omega logo and the aforementioned caliber. Last but not least – the everlasting 145.022 – what very well could be considered the final Speedmaster update.

The different straps show how versatile a watch the Speedmaster is.

Thanks for sharing H. – much appreciated!