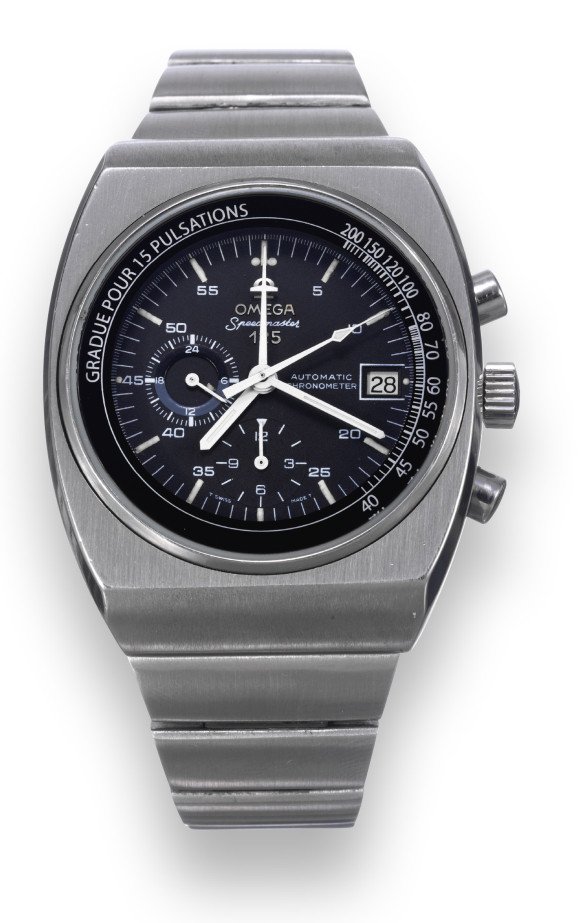 YES! It’s that time of the week again: Speedmaster of the Week!

Well, to be frank, it was due yesterday but we were to busy partying with our friends of AceJewelers and SevenFriday.. But worry, we’re here now!

This weeks Speedmaster of the Week is the Speedmaster 125. And we would not be SpeedyWatches.com if we didn’t choose a somewhat unusual version: the Pulsometer.

The Speedmaster 125 is something special. Is is big and heavy like no other Speedmaster – build like a brick. It was introduced to commemorate Omega’s 125th anniversary in watchmaking in 1973. For that time -quartz crisis soon to be released- it was a very high-tech timepiece.

The Speedmaster 125 has a few distinct features. First of all, the case and bracelet are near indestructible. It was Omega’s first chronograph with chronometer-rating. But perhaps its most important feat: it was the very first automatic chronograph with chronometer-rating (COSC certificate) EVER! While nowadays this is very common, in 1973 -only 4 years after the introduction of the first automatic chronograph- this was a huge novelty.

The watch posted above has the somewhat unusual Pulsometer scale, while the Tachymeter is the version most often encountered. A Telemeter version was also available.

The Speedmaster 125 is said to have been made in no more than 2000 examples. It was powered by caliber 1041, the chronometer-rated version of caliber 1040.

Picture by Antiquorum – click to see the final results.