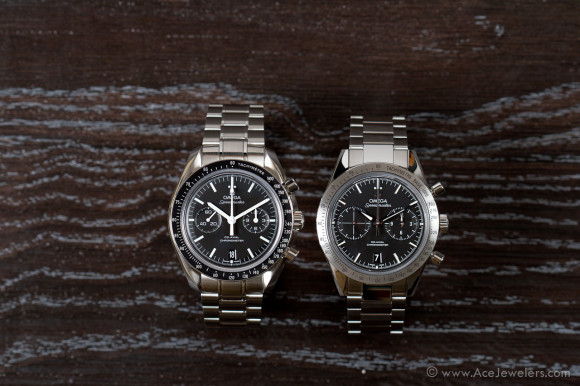 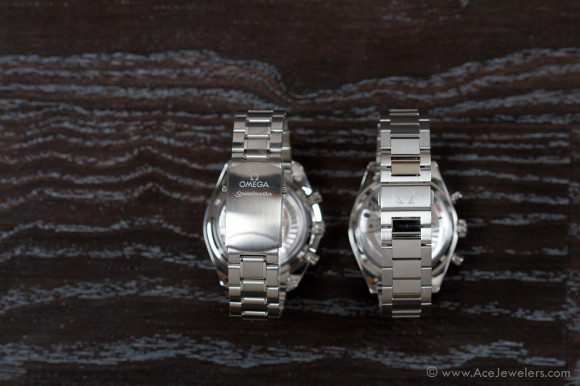 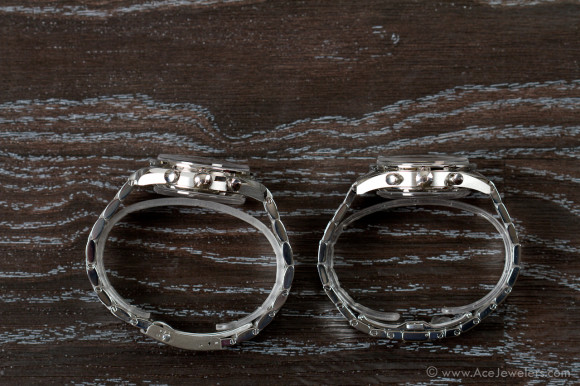 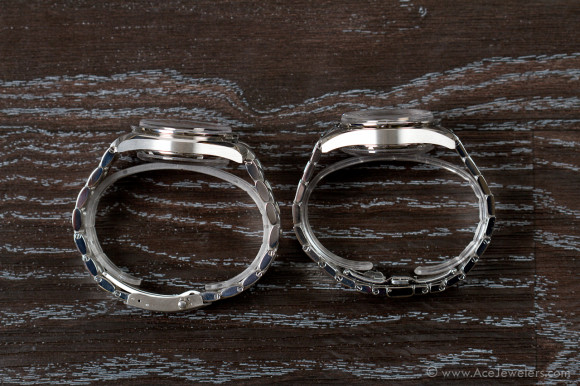 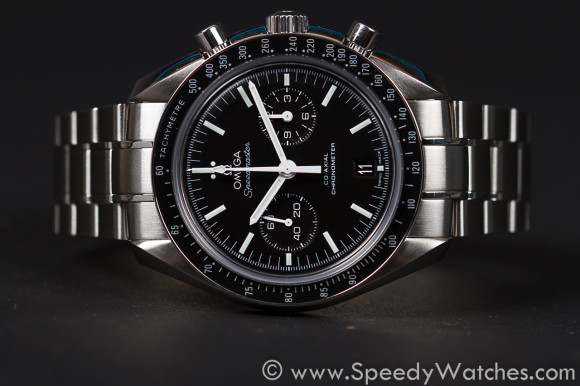 Omega introduced its first automatic Speedmaster in 1971, over 40 years ago. Since then, a lot of Speedmasters powered by automatic movements have been introduced, but very few of them have proven to be of satisfaction to true Speedmaster aficionados. How about the 9300? 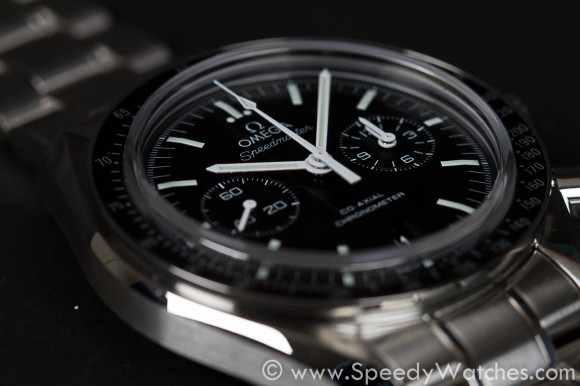 The Speedmaster Co-Axial 9300 was introduced at BaselWorld 2011. Without any doubt, this is Omega’s flagship Speedmaster. While it retains most of the classic Moonwatch look (Omega ranks it amongst the Moonwatches), there are also a few key differences; 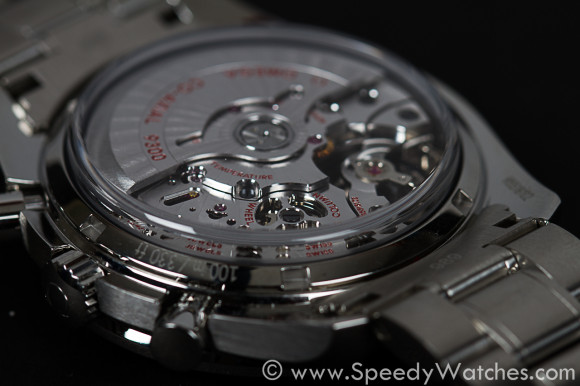 Recently we had the opportunity to play with the 311.30.44.51.01.002 (stainless steel on bracelet) for a few days, thanks to AceJewelers.com. So what are our experiences? 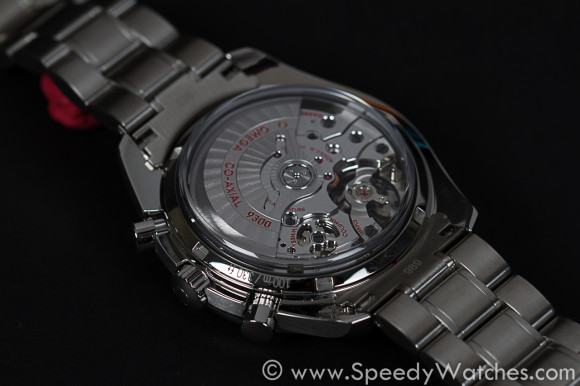 The column wheel and silicon balance spring visible through the sapphire case back. Omega did a great job on the caliber 9300 – it seems to have been designed with much thought. There’s a glimpse of the two barrels, the column wheel, the free-sprung balance et cetera – no cutting corners going on here! 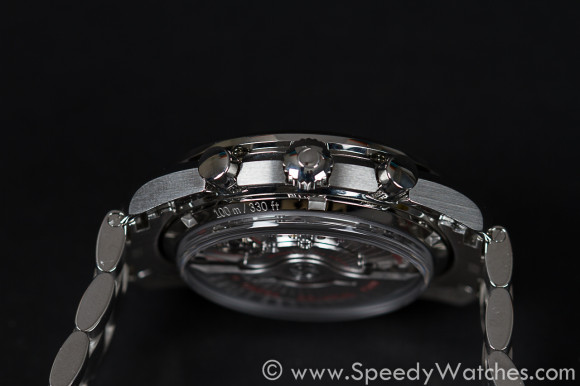 As indicated above, the design of the sapphire case back is quite unusual. It pops out from the stainless steel part, making way for the rotor to make it’s swings.  In the meanwhile, we get first row seats to the action. 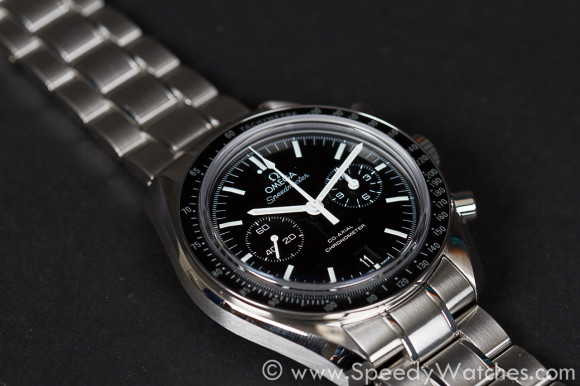 Would we buy one? YES. It seems Omega finally created a Speedmaster with automatic winding that is a great addition to the collection of a true Speedmaster afficionado. It looks smashing and has a killer movement – what else could we wish for? 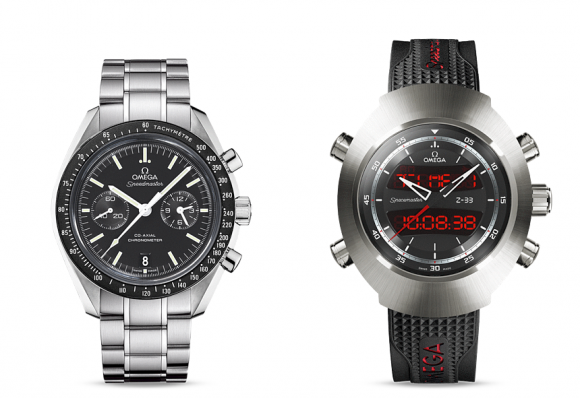 Added to SpeedyWatches.com: the second part of our Buyer’s Guide! Are you looking for an undisputed high-tech Speedmaster from the current collection? Read this!