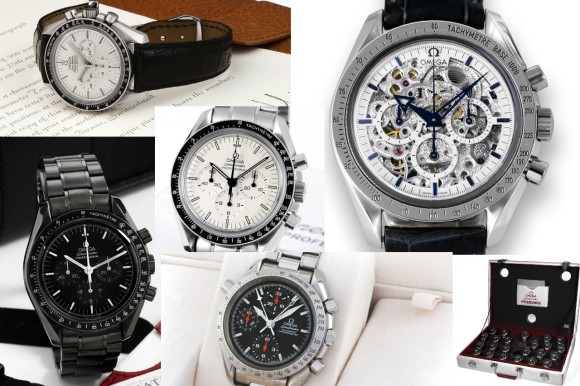 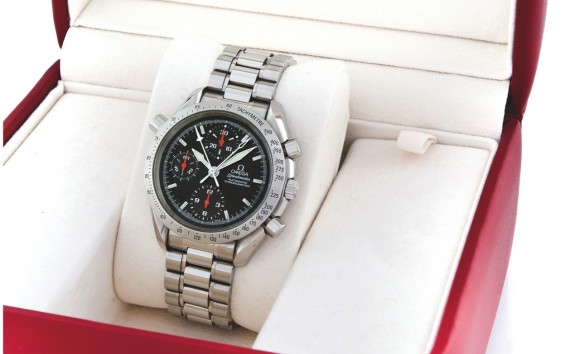 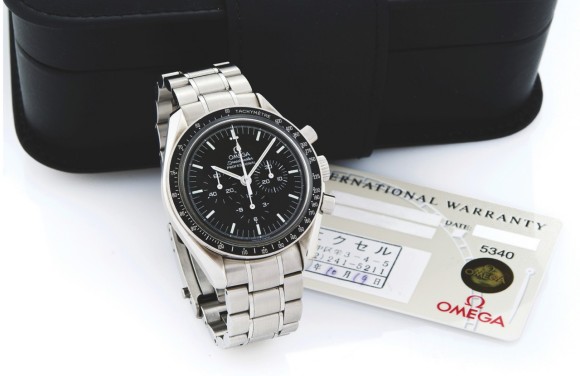 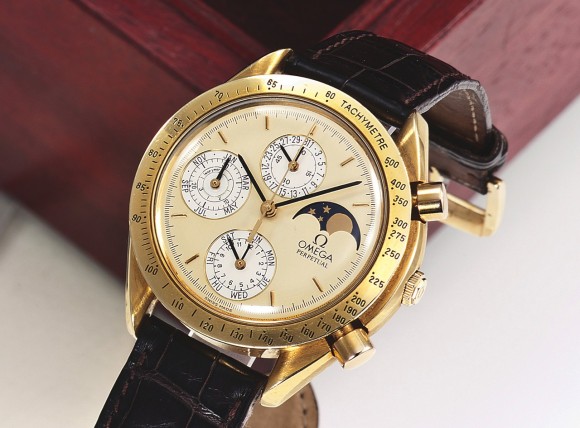 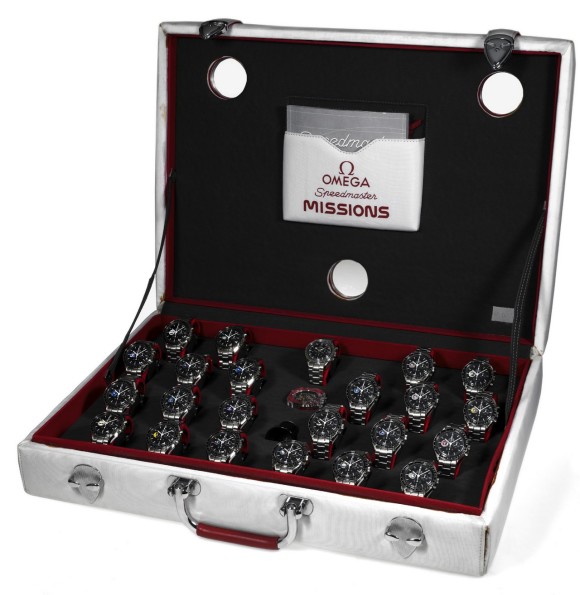 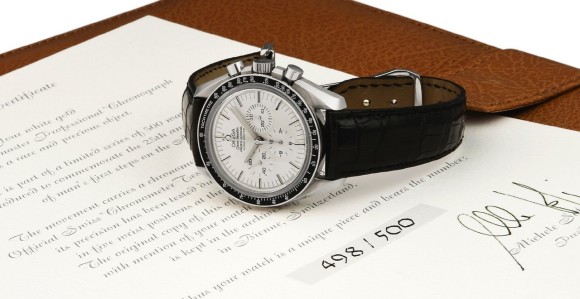 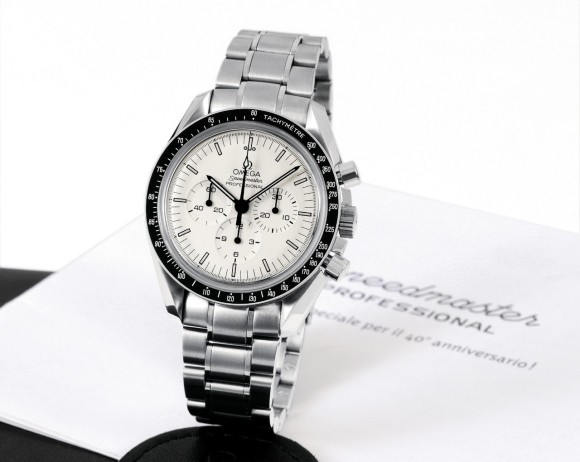 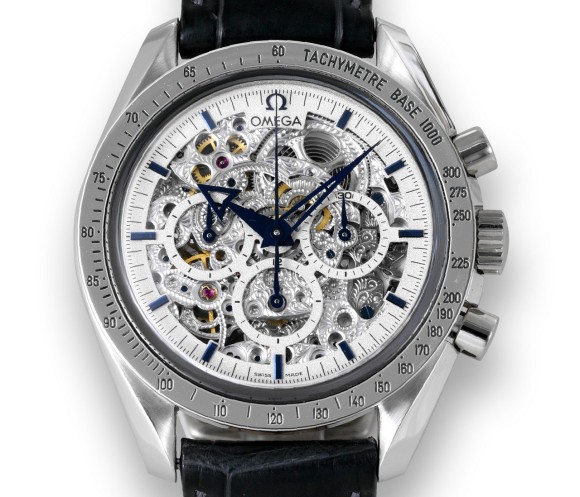 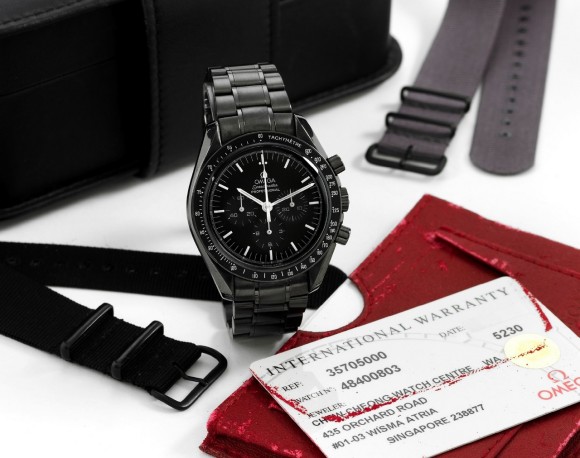 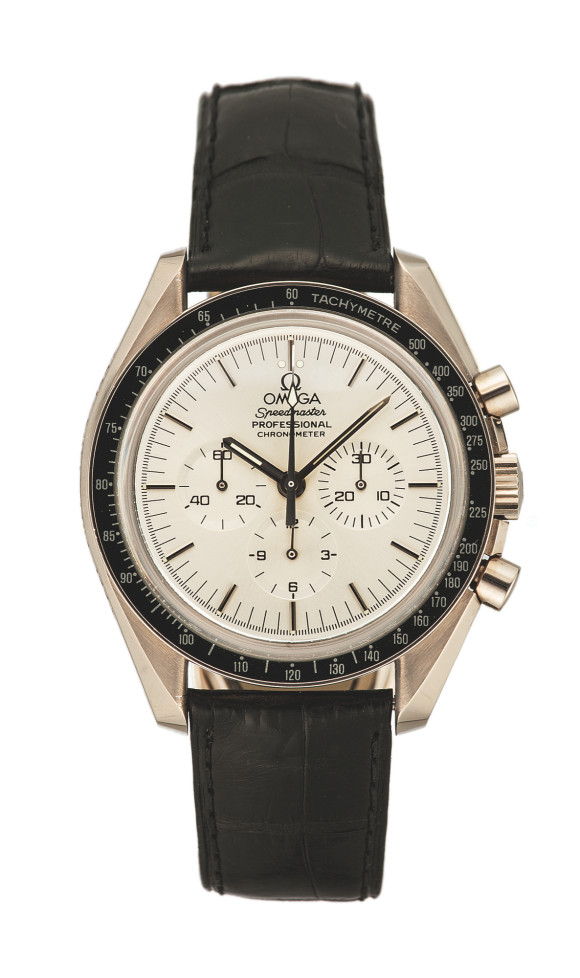 Starting this week, we’ll post a special Speedmaster and a bit of back ground each week. For future reference, these posts will also be made available through the main menu.

To get this party started, we chose to go with this Omega Speedmaster Professional Apollo XI 25th Anniversary Speedmaster BC 348.0062 as found in Antiquorum’s Important Modern and Vintage Timepieces 22-06-2013 auction.

This particular model has quite a few things going for it;

First of all, the case is solid 18k white gold. A discrete pleasure – the heft of a golden Speedmaster is quite something!

Then, it was made in 1994 as a limited edition of 500 pieces to commemorate the 25th anniversary of the Apollo XI mission. A reference to this fact is engraved on the side of the case: 1969-1994.

You might also have noted the word Chronometer just below Professional on the dial. Yes, this Speedmaster Professional is one of the very few to be a Certified Chronometer! It is powered by Caliber 864, which is an upgraded, 21-jewels version of the well-known Caliber 861.

Last but not least: look at that wonderful dial. There have not been too many Speedmaster Professional’s with a light dial – and this is one of the greatest. While in this picture it appears to have an ivory tone, it is actually silvered and features applied stick markers. While remaining rather low-key, it is a very different look when compared to a regular Speedmaster Professional.

Note: the 348.0062 was often delivered on a matching white gold bracelet.