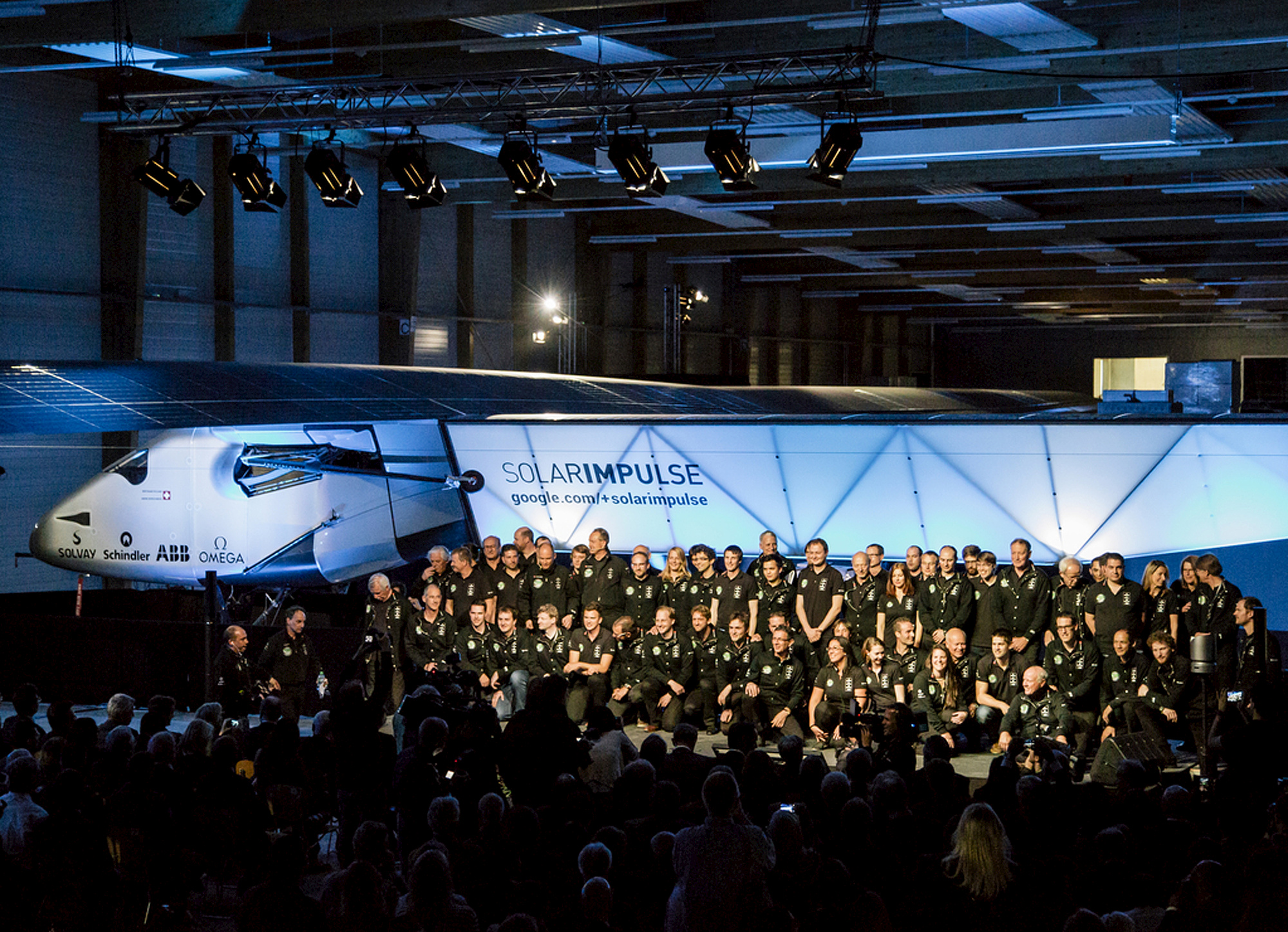 Payerne, Switzerland: Today, Bertrand Piccard and AndrÃ© Borschberg launched Solar Impulse 2, their new single-seater solar aircraft designed to take up the challenge of the first round-the-world solar flight, without any fuel in 2015.Test flights are due to take place in May, followed by training flights over Switzerland. The attempt to make the first round-the-world solar-powered flight is scheduled to start in March 2015 from Gulf area. Solar Impulse will fly, in order, over the Arabian Sea, India, Burma, China, the Pacific Ocean, the United States, the Atlantic Ocean and Southern Europe or North Africa before closing the loop by returning to the departure point. Landings will be made every few days to change pilots and organize public events for governments, schools and universities.