The iconic OMEGA Speedmaster is celebrated at Christies 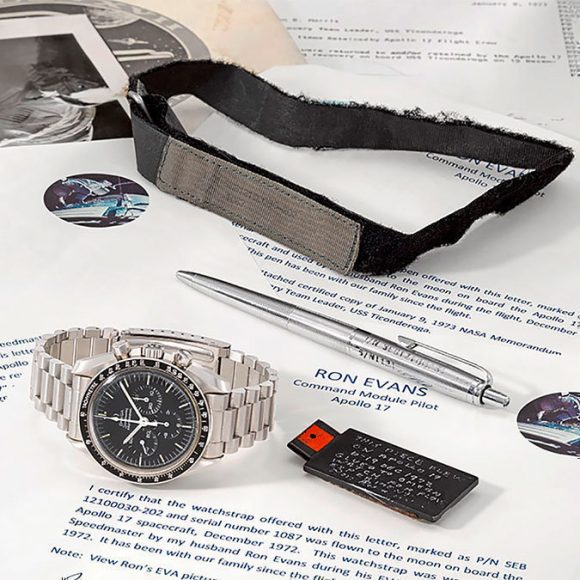 OMEGA SPEEDMASTER 50, a thematic auction dedicated to the iconic OMEGA Speedmaster, was held on December 15th at Christies of New York.

Drawing huge interest from watch enthusiasts, collectors and investors, the auction – subtitled ‘from a spacewalk to today’ – featured 50 lots in honor of the anniversary of the famous Gemini IV spacewalk by astronaut Edward White in 1965.

Though each of the 50 Speedmasters had a fascinating story to tell, two fine and rare timepieces caused quite a stir when the bidding began: the privately-flown Speedmaster, worn by Apollo 17 astronaut Ron Evans; and a Speedmaster worn by Concorde test pilot Captain Hackett.

That a watch designed over half a century ago still generates this much excitement, is testament to its timeless design and quality. Other sport chronographs have undergone dramatic transformations, but the Speedmaster endures.