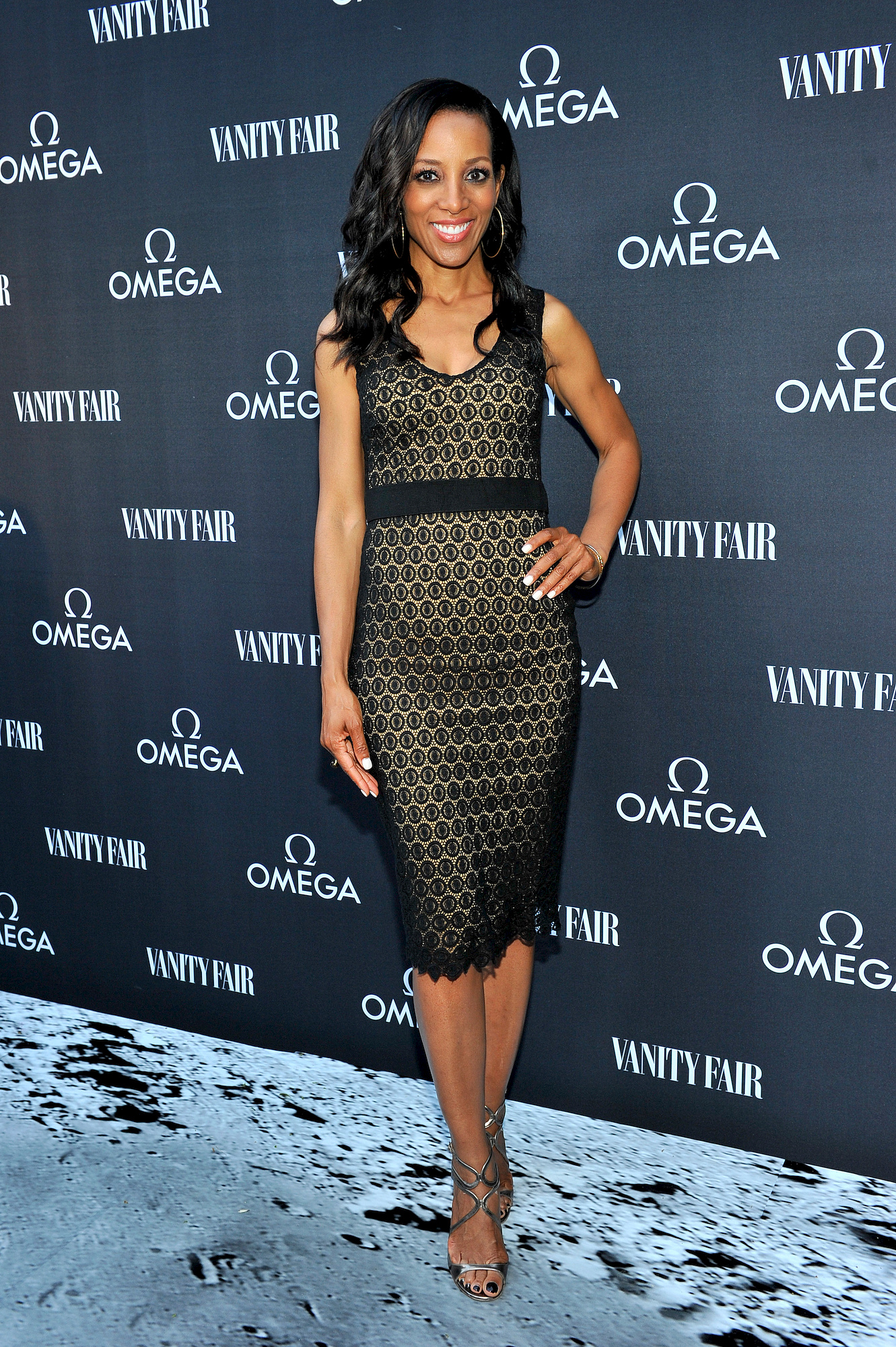 LOS ANGELES, CA – JULY 16: TV personality Shaun Robinson attends the OMEGA And Vanity Fair Celebration of the 45th Anniversary of the Apollo 11 Moon Landing with Buzz Aldrin at the launch of the OMEGA Speedmaster Professional Apollo 11 Limited Edition Timepiece at the Sheats-Goldstein House on July 16, 2014 in Los Angeles, California. (Photo by Donato Sardella/Getty Images for OMEGA)