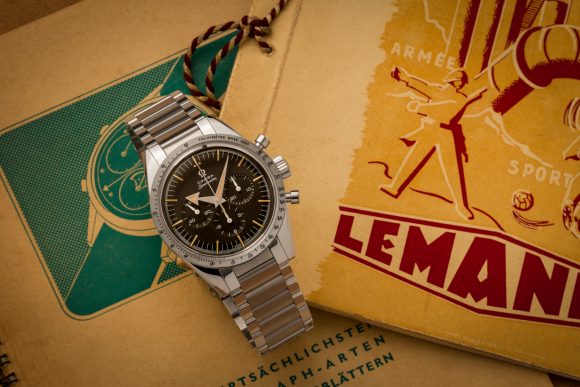 The Omega Speedmaster ’57 Chronograph 60th Anniversary was introduced at BaselWorld 2017 as part of the ‘Trilogy’ series, celebrating the 60th anniversary of the Speedmaster, Railmaster and Seamaster 300. Though all three are near perfect facsimiles of their original counterparts in terms of design, the way they go about it rather different. Both the Railmaster and Seamaster 300 make use of Omega’s latest technological advancements, as witnessed by their high-tech Master Chronometer caliber 8806 movements and domed sapphire crystals. Not the Speedmaster though; in the spirit of the 1957 original the 311.10.39.30.01.001 is fitted with a plexi crystal and a hand-wound chronograph movement. Then again, most Speedmaster aficionado’s wouldn’t have it any other way. 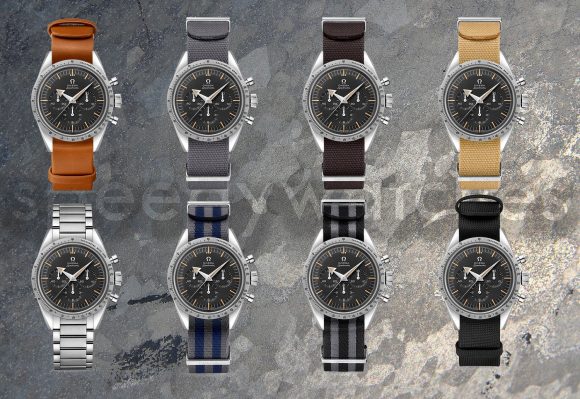 What’s lacking in imagination is made up in execution. By now a vintage-inspired watch is hardly novel, but with the Speedmaster 60th Anniversary it’s done to such a degree of perfection that it’s hard not to like. The slight brown hue of the dial is gorgeous. The faux-patina of the indexes too. The case, the crown, the pushers, even down to the packaging: it’s all beautiful. If I were to make one remark it’d be about the bracelet which is almost overpowering, being too solid & hefty for the watch – most notably the clasp.