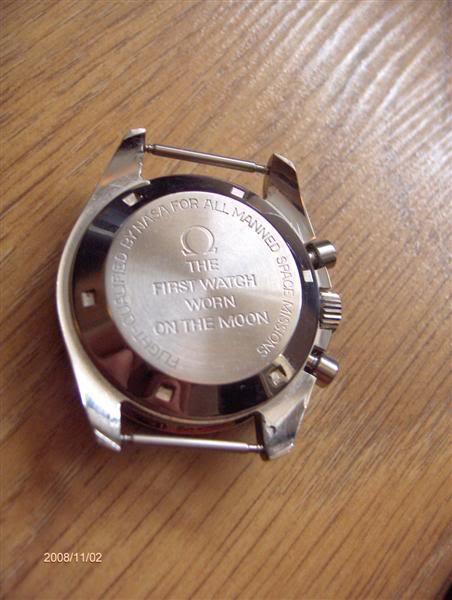 These Speedmasters were the first (in regular production) to hint to the moonlanding on the caseback, and the engraving was horizontal instead of circular as found on modern Speedmasters. Cool stuff, especially since these were only made between 1969 and 1971.

Of course the engraved bits should be filled with black lacquer.. But on this example, the lacquer has long worn off, leaving nothing but the engraved text. While filling is rather simple -an enamel based paint or even nail polish will do- , an original, worn & loved, example has its own charm… 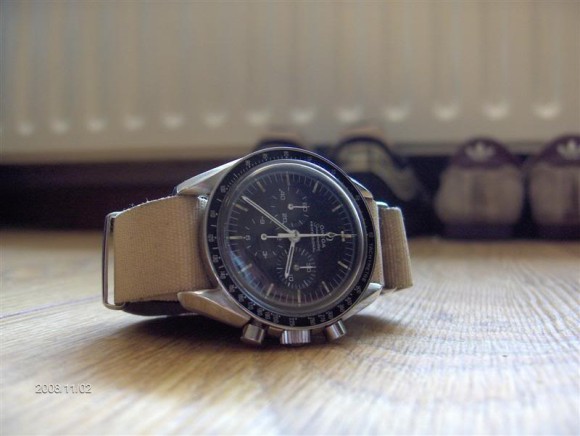 As witnessed by the date on the pictures, our NATO love (see our previous post) is not just a fling..