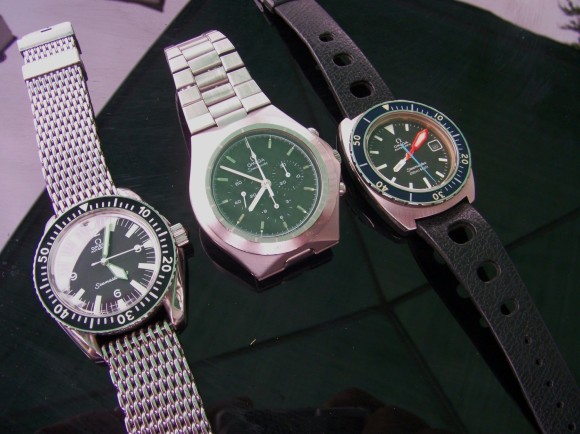 Neo-Vintage? Well, the Seamaster 300 is a WatchCo, made of new (-old stock, NOS) parts, powered by an original vintage movement.

The Speedmaster is a so-called Teutonic, made for the German-speaking market, reference 145.0040 / 345.08.03, powered by caliber 861. Launched in 1982, these Speedmasters were available in quite a few different flavours – handwound in various dial colours, if desired with gold accents or moonphase, and automatic (caliber 1045). 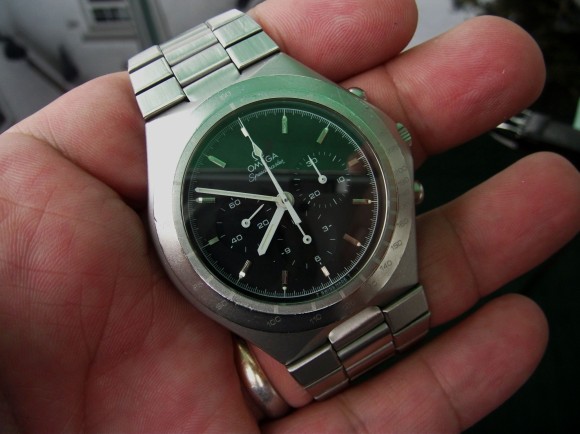 The unusual case styling gave the Teutonic a very distinct and smooth look. We’re not sure why these were only delivered in German-speaking countries though. Perhaps because those chaps are very suave? Okay, now we’re just kidding.

The last watch is a Seamaster 200 with OEM Plo-Prof hands fitted, apparently a common mod in days gone by. We’ll save the details on the Seamasters for another page 😉 .